I have been running behind with updates, but I'm going to jump ahead.

Today was the competition. I climbed 5th out of 17. There were 18 originally but someone was disqualified for illegally previewing the route. I was surprised that there were only 18 as in the past there have normally been 20 competitors. This year people came from as far away as Eastern Europe. 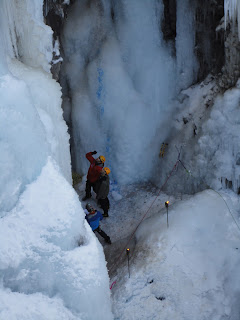 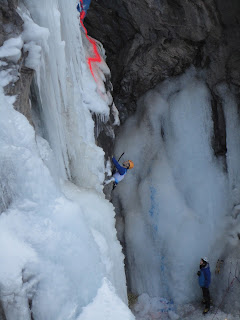 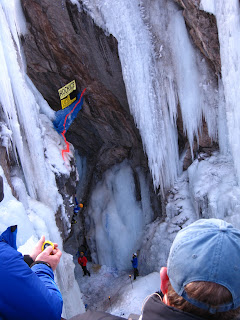 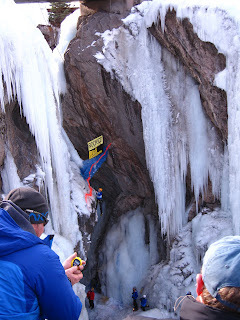 The route started on one side of the gorge and climbed up to and across an ice bridge that crosses the gorge to the far wall. Most everyone made it to the ice bridge. Many people fell crossing the bridge. I knew I was doing pretty good when I crossed the bridge and got established on the far wall and the crowd went nuts. 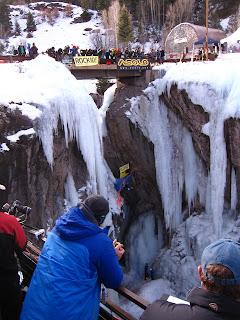 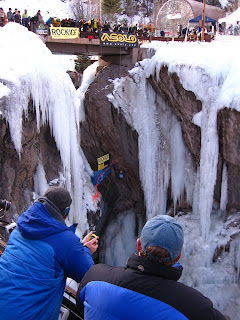 Getting onto the far wall was the hardest part. Once getting established it was just a matter of hanging on while searching for the holds. Fortunately most of the places it looked like there might be a hold there was one and I topped out, establishing myself in first place. 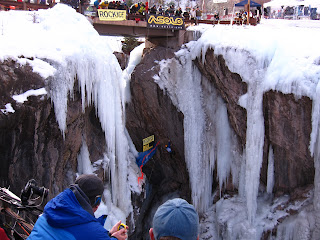 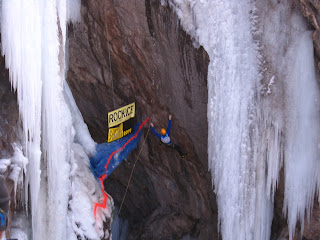 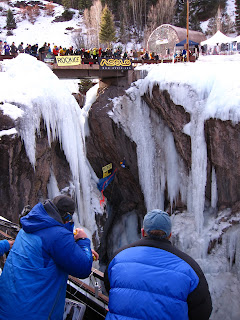 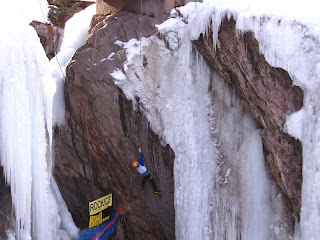 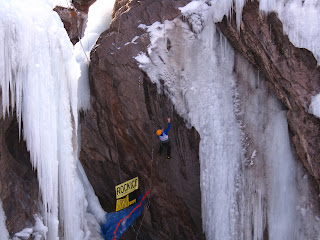 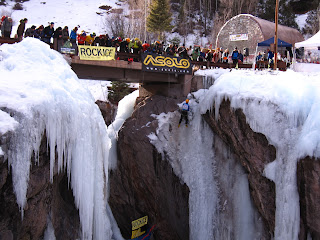 12 more people were still to climb after me with the best climbers still to come. I thought 3rd was the best I could do since I was certain at least two others would top out faster than I did.

Luck was on my side, the two competitors I was most worried about made mistakes and fell off. One other person topped out 6 seconds behind me. Slowly people were eliminated and my guaranteed spot kept moving up until I was 1st. 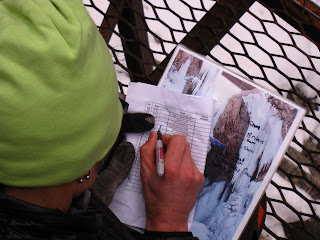 
Nothing to loose and everything to gain. I climbed my best and didn't make any critical mistakes. I still can't believe it! 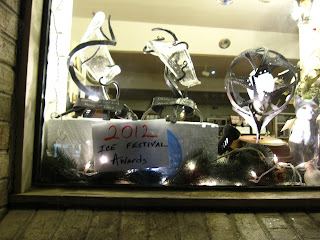